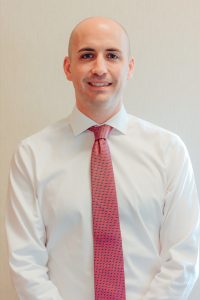 Dr. Sheridan and his wife, Leann, live in Richland with their two daughters and son. He is a member of Saint Clement Parish, Westwood Kiwanis Club, and Emerging Professionals in Cambria.  He enjoys running, Notre Dame Football, and spending time with his family. 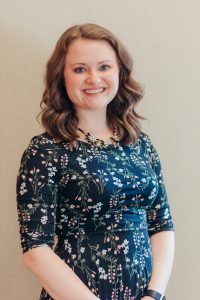 Dr. Brown and her husband, Caleb, are from the Hollidaysburg area and reside with their son and mini goldendoodle, Charlie. She is a member of the Emerging Professionals in Cambria.  Dr. Brown enjoys baking, piano playing, and spending time with family and friends. 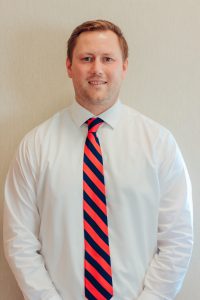 Dr. Matthew Skoner graduated from Saint Francis University in 2012 with a Bachelor of Science degree in chemistry, and graduated from the Pennsylvania College of Optometry at Salus University in 2016.  He is a member of the American Optometric Association and the Pennsylvania Optometric Association.  Before joining Associates in Family Eyecare, Dr. Skoner lived and practiced in Georgia before recently moving back to the Johnstown area.

Dr. Skoner and his wife, Kelly, like to hike and run with their two goldendoodles Remy and Cooper.  They are living in the Forest Hills area, and look forward to spending more time with family and friends in the area.

Personal attention and professional care are what we strive for at Associates in Family Eyecare.